Scroll down to read more on what to do in case of a wildlife emergency based on the specific species and age you are assisting. 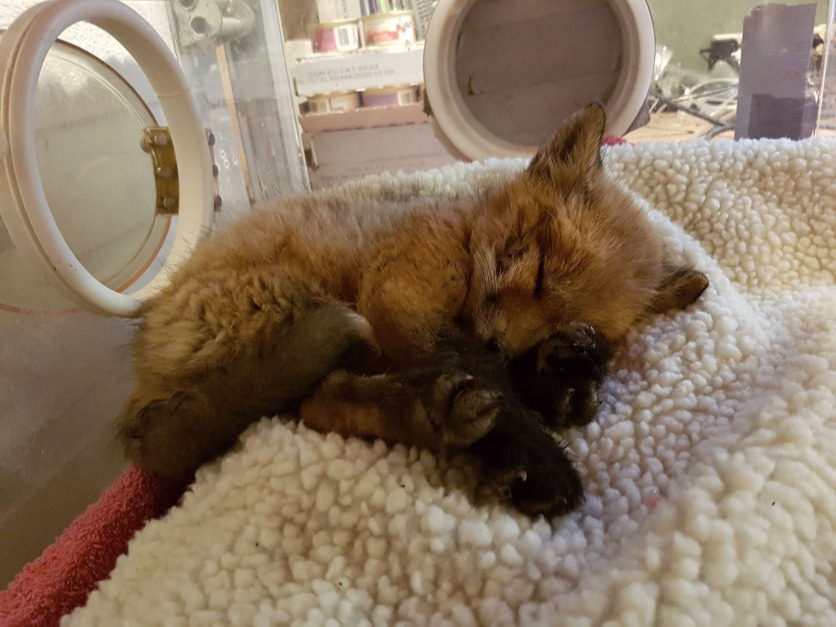 Birds that have Hit a Window

Every year during spring and fall migration, birds suffer injuries due to window collisions.

If you find a bird that has hit a window, place it in a small box with a non-fraying towel at the bottom and air holes poked from the inside-out. Do Not place in any food or water as they may drown. Place the box in a warm, quiet, dark area for a couple of hours and then put the box outside and take the lid off. Often the bird will fly away immediately. However, if it does not attempt to fly, or cannot fly far, it should be transported to Shades of Hope right away. If the bird hit the window with enough force, it may have fractured bones, head trauma or internal bleeding. It may not survive the trauma.

To prevent window strikes from occurring, please review the information and help provided by FLAP Canada in the following link …

On windy days through spring and summer, nestling birds (pink, with minimal feather development) can easily fall from their nest.

These babies should be placed back in the nest if possible. Look up into the nearest tree as these helpless birds will not have travelled far. If the nest is too high up, a substitute nest can be constructed out of a margarine container with holes in the bottom for drainage. Line it with twigs and grass and place it as close to the original nest as possible. Parent birds will feed from two nests. Don't be concerned if you touch the infant birds as their parents have a very poor sense of smell. The nest should be monitored and if the infant is pushed out again, this could indicate intentional brood reduction. If the babies are pushed out more than twice they should be brought to a trained rehabber immediately.

Nestlings are very difficult to raise in captivity, as they must be fed every 15 minutes during daylight hours. They may develop deformities or feather abnormalities if they are not fed this regularly.

It is important to remember that the babies will have a much better chance for survival if they are left with their parents.

Before young feathered birds can actually fly, they jump out of the nest and spend a few days on the ground. These fledglings look like their adult counterparts, but with shorter tails. This is the time when they learn to forage and fly. They will practice their takeoffs from the ground and are often mistaken as adult birds with wing injuries because of their failed attempts.

Please be assured that this is a perfectly normal stage of development. A fledgling only needs help if there is visible sign of injury (a droopy wing, blood, problems standing). Also be aware that the parents are always in the area and will swoop down approximately once an hour with some food. This is a very quick exchange and you would likely need to watch carefully, without looking away, for several hours to be convinced that this bird has been orphaned.

We understand that you are concerned with the dangerous environment that the fledgling is in when on the ground (cars, dogs & cats in the area) but these birds have a better chance of surviving and living a normal life in the wild if they are reared by their parents, even with all the neighborhood dangers.

Humans cannot teach these birds how to sing or recognize an alarm call - only their parents can do that. If you want to help these birds, keep your pets indoors or leashed and encourage others to do the same, at least through this fledgling period.

If you find a single or several ducklings that appear to be without their Mom, place them in an open box with a shallow pan of water. Leave the box in a safe place in the area that you found them.

If Mom does not return to her babies within 2 hours, call us for help.

These birds can be very dangerous as they have sharp beaks and talons. Do not handle without gloves. Please call us for assistance before attempting to rescue these birds. 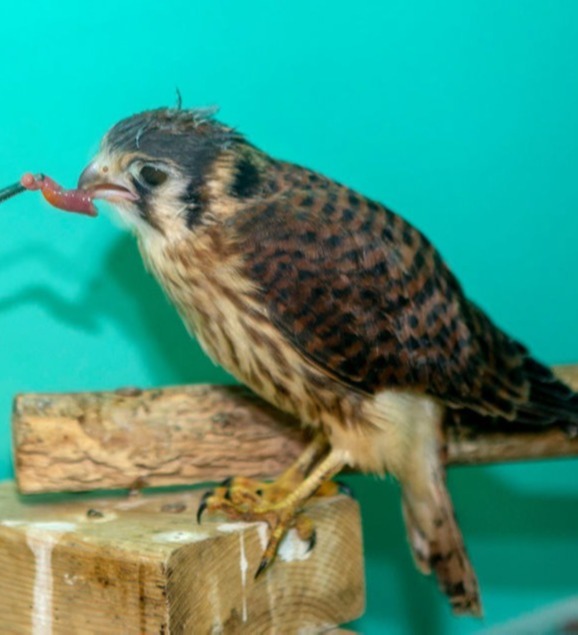 If you find a baby squirrel with unopened eyes...
Put it in a warm cloth or sock and place in a small box. Squirrels this young are not normally out of their nest at all. If you find such a tiny squirrel, please phone us for assistance.

If you find an injured squirrel...
Carefully place it in a lined, small box without food or water and call us. We will either direct you to a vet or request that the animal be brought to our Rehab.

It is imperative that young rabbits are left alone unless there is obvious abandonment or injury.


People often encounter nests of baby rabbits when raking or mowing their lawn. Eastern Cottontails commonly nest in urban areas, in a shallow depression in the ground, lined with fur. If the nest has not been damaged, or the babies are not injured, leave them alone. People are often concerned because they have not seen a parent anywhere near the nest. This is normal. Mothers only feed their babies twice a day, usually at dawn and dusk. She will stay away from the nest the rest of the time so as not to attract predators (newborns do not have scent and are not easily found by predators).

It is important that you do not touch the babies. Unlike birds, mammals can smell human scent. If you are not convinced that a parent is around, you can place several long pieces of wool in a crisscross over the top of the nest. If the wool is undisturbed the next morning, the babies may not have been fed during the night. This should only be done if you have a strong reason (dead adult nearby) to suspect that the babies are not being fed. A healthy infant rabbit's chances of survival are greatly reduced if introduced into captivity. They are easily stressed and often won't eat when taken into care. If babies are indeed alone and unfed, carefully place the whole nest in a small, covered box and bring to the Rehab.

Do Not pet them! You may just scare them to death!

Baby rabbits are fully furred within a week and their eyes are starting to open. They are weaned and independent when they are three to four weeks of age (only the size of a softball!)

If you find a fawn that appears to be without a parent, leave it alone!

It is normal for fawns to be sitting alone in a field. Similar to rabbits, the mother will feed her fawn periodically but will leave it on its own the rest of the time. She is never far away. If you are concerned, monitor the baby for 24 hours to be sure it is truly in need of rescue.

Fawns feed only at dusk and dawn when the mother returns. If the fawn is lying quietly, it is probably NOT orphaned. If the fawn is crying and wandering, it MIGHT need your assistance. Download the distress call available on our website and play it in the area you have found the fawn. This may attract either the mother or another doe which may adopt the fawn if it has lost her own baby or has a fawn close to the same age.


If you find an injured fawn or adult, cover their head with a jacket or blanket. This will help to limit its stress. Then, call us!

You've found a Racoon in Distress...


Raccoons are cute, cuddly and highly intelligent. However, they can also be unintentionally deadly. A large percentage of raccoons carry a roundworm (Baylisascaris) that is shed through their feces. If any of these microscopic eggs are transferred and accidently ingested, they can cause death in other animals and in humans. It is imperative that raccoons be cared for in a separated environment. Shades of Hope does not have Municipal approval to care for these unique animals on site.

If you find abandoned babies, as in all other species, please make sure they really are abandoned or at risk before you attempt to rescue them. Call us and we will direct you to a Rehab that does have the special facilities required for their care. 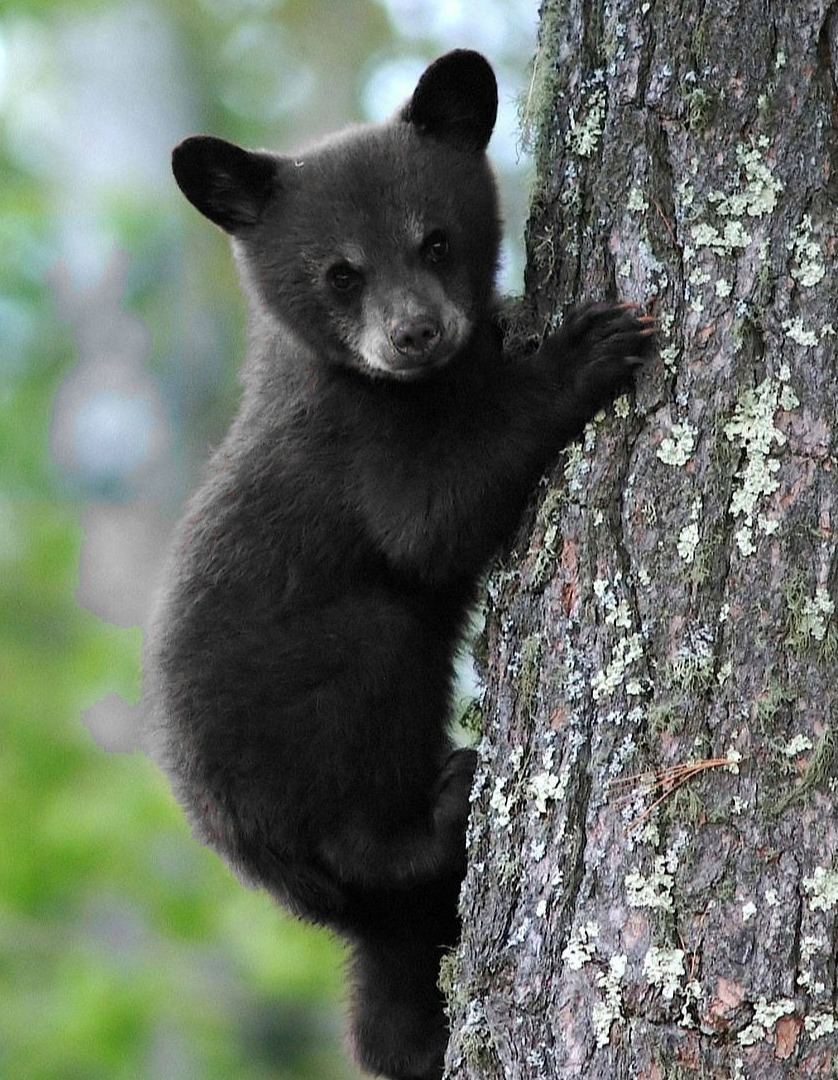